Regular and timely updates are the fundamental building blocks for a secure ecosystem. In the recent past, Android phone makers have really stepped up, being able to roll out regular monthly updates to many current devices across the various market segments.

Even Chinese vendors like Realme and Xiaomi have been pretty steadfast in rolling out these security-enhancing updates to their devices, a trend that we hope to continue seeing moving forward.

In the spirit of bringing the latest security updates to its devices, Xiaomi is today rolling out the August 2020 security patch to the Android One-powered Xiaomi Mi A1.

Launched back in September 2017, the Mi A1 was Xiaomi’s first take on the whole stock Android-based Android One. This was a wild departure from Xiaomi’s own MIUI skin, one of the most feature-rich skins we have today.

This update brings with it the August 2020 security update to the Xiaomi Mi A1 and little else. In the update’s release statement, Xiaomi says that this update will go out through OTA and will be with/without Changelog.

The statement further adds that the ROM will be released to the public after a successful preview of the Beta Stable ROM.

If you own a Mi A1, below is the updated firmware, should you want to manually install it on your device. However, we advise that you hold off until the official rollout, especially bearing in mind Xiaomi’s disastrous past with updates to its Android One devices.

Not too long ago, we saw reports of the latest Xiaomi Mi A-device, the Mi A3, bagging the August 2020 security update. However, that update only went out to the Global variants of the Mi A3. Today, Xiaomi is rolling out the same for users of the device in the EU.

This build, which can be identified by its software version number V11.0.6.0.QFQEUXM, brings with it the August 2020 patch and little else.

Just like the update going out to the Mi A1, this too will be rolling out as an OTA and as such, users are asked to be patient and wait for this build to be available on their units. Should you want to manually install this August update on your European Mi A3, below is the download link.

Seeing just how Xiaomi has struggled in pushing out stable and reliable updates to its Android One-powered Mi A-devices, many have been of the feeling that it is time for Xiaomi to hang the boots on this line of devices. Recently, we got reports that hinted towards there not being a Mi A4. This could mean the end of Xiaomi’s Android One program and we’re still keeping an eye on that story.

Other Xiaomi devices are slowly getting updated to MIUI 12 and if that is your cup of tea, you might want to check out our dedicated MIUI 12 tracker to see which devices from the giant Chinese OEM have been updated so far. 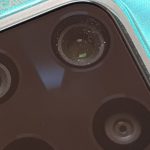