The aftermarket Android firmware scene, popularly known in the Android community as Custom ROMs, offer so much value proposition for techies who love to tinker with their devices. The thought that you can purchase a device then change the entire operating system to one that suits your taste is something other platforms can only dream of.

Sadly though, not all phone makers are fond of this idea and as such, don’t play nice with the developer community by not allowing users to unlock their bootloaders, using niche chips on their devices or not releasing kernel source code. The biggest culprit here is Huawei. While new Huawei devices are a little out of luck due to Huawei no longer allowing for unlocking of the bootloader, older models with unlocked bootloaders have a lifeline in the form of the OpenKirin project.

OpenKirin is a project that started way back in 2018 and its main goal is to allow users of Huawei and Honor devices to install and run Stock Android on their devices. Today, users of the Honor 9i/Honor 9N have something to smile about as their device is now officially supported by OpenKirin.

With this, users of this device with an unlocked bootloader no longer have to be stuck with Huawei’s EMUI but can run Stock Android, albeit with a few shortcomings. This adds to the slowly-growing list of devices that are supported.

At the moment, one of the reported issues with this build from OpenKirin is the lack of 4G network on SIM 2 and a few minor stutters. The build reportedly runs smoothly but it consumes a bit of power.

While these might seem like big trade-offs for the average user, I know techies that have been itching to try out custom ROMs on their Huawei devices won’t mind so much. This, especially bearing in mind that the device will not get updated to Android 10 by Huawei.

It is important to note that Honor 9N (India) is the same device as Honor 9i in China. This is the variant getting support for Android 10 via the OpenKirin Custom ROM. There’s also a Honor 9i in India that is known elsewhere as Huawei Mate 10 Lite. This is not the model in question here. 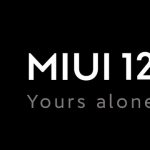 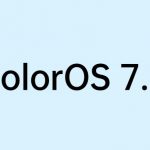