Fresh updates are up for grabs for the following OPPO devices. The list incorporates OPPO Reno4 Pro, Reno2, OPPO R17, R17 Pro, F15, F11, F11 Pro, F7, and Find X, all of which are picking up the ColorOS 7 based monthly patches.

OPPO Reno4 Pro comes pre-installed with ColorOS 7.2 and is now picking up the brand new August patch as version A.15. It improves camera effects, network performance, and security of the device. Below is the changelog:

The new August patch is also live for OPPO Reno2 as version C.35. It enhances the security, stability, and general performance of the device.

[System]
• Added the wireless printing feature: images and PDF files can be printed wirelessly. (To use this feature, go to “Settings – Other wireless connections – Print”.)
• You can now sync the volume level set on your Bluetooth device to your phone. (To use this feature, go to “Settings – Bluetooth”, tap the icon in the upper-right corner, then tap “Advanced settings” and turn on “Media volume sync”.
• Added the “Personalisations” option in “Settings”.
• Improved system stability.

[Camera]
• Added the Camera quick-launch function: Double-pressing the “Volume +” or “Volume -” buttons quickly launches the camera when the screen is off. (Tap the icon in the upper-right corner of the camera screen, enter “Settings” and then turn on this function.)
Source1, 2

The all-new Color OS 7.1 based August patch is now live for OPPO A5 which arrives with version C.69 and is 771MB in size. It adds new features, resolves known issues and enhances security.

OPPO F7 is picking up the July patch as build C.15. OPPO F11 and OPPO F11 Pro picked their April patch as version C.21 that added VoWiFi support in India. The May patch was rolled out as C.22 and June patch brought version C.24. The latest version arrives as version A.46.

OPPO F15 is also picking up the not-so-current July patch which focuses on enhancing the security and stability of the device. It received its last update as version C.11 and now version A.37 is released for the device. 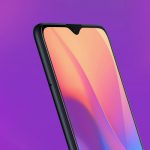