The new OxygenOS 11 beta 3 update brings a host of new features and improvements over the previous OxygenOS 10 skin. The OxygenOS UI has seen a major overhaul while certain apps have also got a fresh coat of paint along with new features. Head here for a glimpse of the new features.

Previously, some features such as dual 5G+5G support were lacking. Thus, users aren’t able to make use of 5G on both SIM cards. Instead, the device defaults to using 5G only on one SIM card when available while the other SIM card is locked to 4G.

Earlier, we reported that the OnePlus 8 and 8 Pro will get dual 5G+5G support with an OTA update. Well, it seems that the feature has indeed been enabled with the latest OxygenOS 11 beta 3 update. This means that users can now easily switch between using 5G on either of the two SIM cards.

A user on Reddit has also confirmed that the dual 5G+5G support for the OnePlus 8 and 8 Pro has been enabled by sharing a couple of screenshots. We’ve added the screenshots below for you to take a look for yourself.

As you can see, it’s now possible to connect to a 5G network on both SIMs. Further, the user has also shared a screenshot of the ‘Device Information’ section to confirm that the feature has been enabled by the developer preview 3 build on the OnePlus 8 Pro IN2025 model in the U.S. Now that the feature has been enabled, those who were waiting to make use of 5G on both SIM cards can do so with ease. Nevertheless, OnePlus might now be shifting its focus to the Open Beta Android 11 update for the OnePlus 8 and 8 Pro.

Thus, you can check out our OnePlus OxygenOS 11 (Android 11) update tracker to be the first to know when it arrives on your device. Moreover, here’s a list of Android 11 eligible phones from the company. 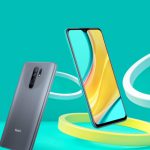