Biometric authentication has been a part of Android phones since a long time now. Google’s payment and fingerprint APIs were introduced in Android 6 Marshmallow back in 2015. However, the face unlock mechanism has been around since Android 4.0 Ice Cream Sandwich.

The feature was later re-branded as Trusted Face in Android 5.0 Lollipop but OEMs have been creating their own features to attract average users. Xiaomi released its face unlock feature via an update and the Redmi Note 5 Pro was one of the very first devices to pick it up.

Pocophone F1, also known as Poco F1 in India, also came out with its own IR face unlocking mechanism. After some time, the OEM introduced the Persistent Lockscreen feature which unlocked the device yet kept the lock screen on, requiring a swipe gesture to unlock.

The feature has been unavailable for the Poco F1 in some regions because the privacy laws prohibit its usage. There are various workarounds for this and the most simple one is changing the region on the device.

However, other Xiaomi phones in the same regions have this feature enabled. This means that Xiaomi is indeed treating Poco as a separate brand. This was also confirmed pretty recently by a Mi community moderator.

A Pocophone F1 user took to the Mi community to get some clarity as to why the face unlock feature is not supported in their region. The moderator stated that in compliance with the regional authorities, Xiaomi has made some features unavailable. Here’s the comment from the moderator:

It’s region dependent. As explained in the comment above, Xiaomi has to comply with regional laws from various governments and that’s the reason some features are not available. There are many threads in this subforum which discuss this question, so kindly check that out.

The user further questioned that other Xiaomi devices have the face unlock feature enabled in the same region. For this, the moderator stated that Poco is now a standalone brand and it has to make arrangements with the regional governments in order to enable the feature.

POCO now is a standalone company. So they need to make amendments with the regional governments before using these services. Face data is part of privacy laws, so that’s the reason.

While Poco has not listed the face unlock feature on their Global Poco F2 specs page, users are certainly demanding it. Hopefully, the newly liberated OEM i.e. Poco makes arrangements for the feature to be enabled on its devices soon.

That said, you can try the available workaround which involves changing the device region if you are unable to use the face unlock feature on your Poco device. However, doing so might disable other services on your device so proceed only if you absolutely need the feature.

While MIUI 12 stable update is yet to arrive for Pocophone F1/Poco F1, it was previously reported that the update might remove Face unlock and call recording features that turned off a lot of users. Quite recently, an Mi Community forum mod has confirmed that the update will not remove call recording & Face unlock features. Read the full story here.

Meanwhile, MIUI 12 Beta Stable update already arrived for Pocophone F1 so be sure to check out the full story here. Also, you can go through our MIUI 12 update tracker if your Xioami device is yet to bag the latest custom skin. 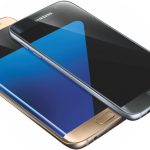 Samsung Galaxy S7 series from 2016 gets another critical security update