OxygenOS from OnePlus is considered to be one of the best skins for Android phones. This is all thanks to the bloatware-free and smooth user experience it provides. Further, it also resembles stock Android, unlike a few other iOS-inspired skins from Chinese OEMs.

Moreover, OnePlus collects and works upon feedback provided by users to offer users what they want. But OxygenOS isn’t the only Android-based OS the company is working on. HydrogenOS is the equivalent of OxygenOS in China, but it comes without Google Play Services.

At the moment, OnePlus has released the Android 11 beta for the OnePlus 8 and 8 Pro. The company is also expected to release OxygenOS 11 alongside Android 11 once the beta testing ends.

Therefore, it was but obvious that OnePlus would be announcing the release of HydrogenOS 11 in China as well. As it turns out, OnePlus CEO, Pete Lau — also known as Liu Zuohu — has officially confirmed that HydrogenOS will be arriving in the company’s home country soon.

In a passionate post on Weibo, Liu Zuohu expressed his gratitude towards OnePlus fans and also acknowledged that the current HydrogenOS isn’t enough. Thus, OnePlus will introduce a few new features that users have been asking for with the upcoming OS update.

Further, he also mentions that the development team has listed part of the user name in the list of thanks for fans who’ve provided valuable information to help enhance the user experience on HydrogenOS.

Here’s a snippet from the post on Weibo made by Liu Zuohu:

Let me tell you, our brand new hydrogen OS11 is coming. This version will have some new changes and new features that everyone has always wanted. I hope that the new version of Hydrogen OS11 can become a new starting point. In this process, I also hope that you will still have your help and company.

Unfortunately, the OnePlus CEO has not mentioned a date or even an ETA for the arrival of HydrogenOS 11 in China. Although, we can expect the rollout to begin more or less around the same time as OxygenOS 11 is released globally.

As we reported earlier, the Always-on Display is also set to make an appearance with the upcoming OxygenOS 11 (Android 11) update. This could also be one of the new features that will be coming to HydrogenOS 11.

Speaking of OxygenOS 11, here’s a list of devices that are expected to get the Android 11-based update. Of course, we do expect the same to get the HydrogenOS 11 update back in China. Typically, OnePlus is one of the first OEMs to push new OS updates.

Thus, you can check out our OnePlus Android 11 tracker to know when it arrives on your device. Also, stay tuned to PiunikaWeb to know more about the Android 11 rollout.

OnePlus, through Weibo, has now officially confirmed that the HydrogenOS 11 update will be introduced to the public on August 10. The new Android 11-based HydrogenOS 11 is set to bring a host of new features and improvements. 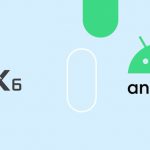