While most of the Vivo devices are still under beta testing, the company has, slowly but steadily started with the rollout of the Android 10 update for its eligible devices.

As of now, a handful of devices, have been fortunate enough to pick up the Android 10 (Funtouch OS 10) update, while the rest are expected to grab the update in the coming months or so.

Well, some good news is coming from the backyard of Vivo as the company has now ticked off one more device from the list of the devices receiving Android 10. We are talking about the Vivo Z1X which is getting updated with Funtouch OS 10 based on Android 10 in India.

Matter of fact, as per one of our previous reports, the Vivo Z1X was supposed to be served with the Android 10 update somewhere in the first week of June 2020. Although not exactly in the first week, but a day later finally, the stable Android 10 (Funtouch OS 10) update is now being pushed for all the Vivo Z1X units in India.

Going by the reports, the update is seeded with version number v6.8.15 and weighs in a massive 3.32 GB in size. So, a stable internet connection would be advised to download this new update on the Vivo Z1X phone.

Talking about the features of this new update, it surely brings all the Android 10 core features along with all the goodies of Funtouch OS 10 for the Vivo Z1X.

However, as per the official Twitter handle of Vivo India, even though the users of the Vivo Z1X are picking up the Android 10 (Funtouch OS 10) stable update on their units, it is still in testing mode. And the update will soon be available for all the users.

Here is what the actual comment from Vivo India reads:

We would like to inform you that Android 10 released for vivo Z1x, which is under the testing mode. Kindly wait for sometime you will get the notification automatically in your handset for the same.

What basically, Vivo India is trying to say is that the update will be available for all the users in the coming one or two days. So, those who have not yet received the update notification are requested to kindly wait for the OTA.

Thanks, Puran Shirra for the tip and screenshots!

Vivo India says the update is in testing mode so it’ll will take time to hit all units:

We truly understand your concern, we have released Android 10 for vivo Z1x & it’s in testing mode. Kindly wait for sometime, you will get the notification automatically in your handset for the soon.

Users of the Vivo Z1X have started reporting that the Funtouch OS 10 update based on Android 10 has been causing serious battery draining issues. Head here for more coverage.

It now appears that the Funtouch OS 10 update for the Vivo Z1X has begun rolling out on a wider scale. Multiple users are taking to Twitter to report the arrival of the new update. The version is 6.8.30 and the OTA download size is 3.33GB. 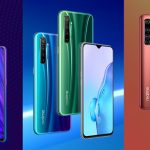