Xiaomi’s Android One or rather, ‘Mi A’ series devices have been a tad disappointing. The company has failed to deliver on the promises that were made with the release of the Android One program. And after multiple botched attempts to bring Android 10 for the Mi A2, it’s clear Xiaomi isn’t all that interested in selling devices sans the MIUI skin.

If you want to know more about the shortcomings regarding the Mi A series, you may want to check out our detailed insight into Xiaomi’s Android One program. Nonetheless, on the subject of updates and Android One, the Xiaomi Mi A2 has just bagged a new update.

Xiaomi has announced the new software update for the Mi A2 Global units. The update’s version is V11.0.12.0.QDIMIXM which is based on Android 10 and is currently rolling out via an OTA package. It brings the July security patch for the device along with some background optimizations.

At the moment, it’s rolling out in phases which means you might have to wait a bit before it arrives on your device. While the update does not bring any exciting new features if you aren’t willing to wait for it to arrive via OTA, you can manually download it via the link given below:

You can take a look at the list of Android 11 eligible devices from Xiaomi. Further, you can check out our Xiaomi Android 11 update tracker to know when the update arrives on your device. 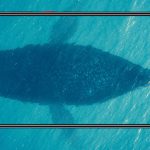 ZTE Blade V10 Android 10 update is now up for grabs