Smartphone manufacturers are doing their best to provide major OS updates to all eligible devices. But some devices are still lagging behind, among them the popular Asus ZenFone Max Pro M1 and ZenFone Max Pro M2.

Android 10 beta testing for the ZenFone Max Pro M1 and Max Pro M2 kicked off at the beginning of 2020. However, there is still no sign of a stable update.

On the brighter side, the ZenFone Max Pro M1 already got an Android 10 based ZenUI port recently. There are also a bunch of other Android 10-based custom ROMs available for both devices.

Although there is still no word on when the Android 10 stable update is going to come out for both devices, the July security updates are now rolling out to the duo.

All three versions of the Max Pro M2 update are Android 9 Pie-based and have the same release notes. The update fixes the SIM card name editing issue and includes updated Android security patches.

The ZenFone Max Pro M1 is also receiving the July update which simply updates the Android security patch. Nothing else is mentioned in the release notes which means that it’s a simple security update with no major changes.

It seems that Asus is furnishing its Android 10 update before it’s completely ready to roll out. However, this isn’t good news for ZenFone Max Pro M1 and Max Pro M2 users as they have been waiting for the update for too long now.

That being said, it seems like the Android 10 update for Asus ZenFone Max Pro M1 and Max Pro M2 will still take some time to come out to the general public. Meanwhile, you can stay updated on both devices by heading here.

Stay tuned to PiunikaWeb for more such stories. Also, be sure to check out our official Asus Android 10 update tracker here. 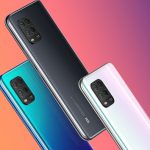