Xiaomi has been constantly updating its devices since the announcement of MIUI 12. While devices in the Mi 9 series and K20 series have already received the latest custom skin, other devices like the Xiaomi Mi MIX 3 are yet to receive it.

As some of you may know, the Mi series from Xiaomi receives two major OS updates. However, there is only one major OS update offered to the Redmi family. This might change as the Redmi series is coming up with premium devices like K20 Pro and many more.

We highlighted in one of our earlier coverages that the Global Stable MIUI 12 update for the Mi MIX 3 may be released in a month or two. Those of you who are interested in MIUI 12 can enroll in the Mi Pilot program and test the OS on your Mi MIX 3. However, the initiative is limited to Chinese users and offers the latest Beta updates to ensure that the Global Stable release comes out with a minimum number of bugs.

Meanwhile, there is some good news as Xiaomi is pushing the MIUI 11-based June security patch to Mi MIX 3. The version V11.0.5.0.QEEMIXM is an upgrade from version V11.0.4.0.QEEMIXM.

Users can now update their devices as the Global Beta Stable ROM is now being pushed via OTA. Also, you can manually flash the ROM by downloading it from the link given below.

There are many Xiaomi devices that are slated to receive the MIUI 12 update. You can find out more about which devices (in which regions) have been upgraded so far by checking out our dedicated MIUI 12 update tracker here.

Meanwhile, we’ll be keeping track of all developments related to the update status of Xiaomi Mi MIX 3. So be sure to visit PiunikaWeb for the latest updates on the matter. 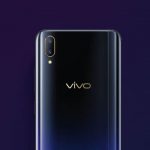