The Redmi Note 8 Pro released in 2019 and is still one of the best mid-rangers out there. It packs in the Mediatek Helio G90T which makes it an excellent option for mobile gamers on a budget. On the software front, the device came with Android 9 Pie out of the gate. But Xiaomi has since rolled out Android 10 for the device.

Although, the Android 10 update was based on MIUI 11 rather than the latest MIUI 12 skin from the company. Xiaomi has been working on bringing the stable MIUI 12 update to the smartphone for a while now. Earlier, we reported that testing for the global variant of the device is already underway.

According to new information, Redmi Note 8 Pro users in India would not have to wait much longer for the update. A moderator on the Mi Community posted a comment stating that the MIUI 12 update is currently being tested by Mi Pilot testers.

MIUI 12 for your device is currently tested by Mi pilot testers. It will be released to everyone soon.

Based on the mod’s comment, the MIUI 12 stable update for the Redmi Note 8 Pro in India should not take long to be released. Well, as long as there are no major issues spotted during the testing phase.

Before you try installing an alleged Pilot test build for the device, you may want to take a look at Xiaomi’s warning to users looking to do so.

Another interesting development comes with the removal of the Redmi Note 8 Pro Indian MIUI ROMs from the MIUI ROM download center. There’s no official explanation for the removal. Further, the standard Note 8 India ROM is still listed.

As usual, we will track any developments regarding the matter and will post an update if something relevant pops up. Until then, you can check out our MIUI 12 update tracker to know when it arrives on your device.

The MIUI 12 update for the Redmi Note 8 Pro in India has been released. It comes as version V12.0.0.3.QGGINXM and is being pushed to pilot testers via an OTA update. See the full story here. 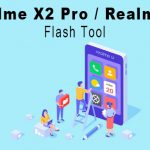 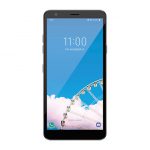