Xiaomi’s MIUI skin for Android has a bunch of features and options for users to play around with. It’s why most tech enthusiasts agree that MIUI is the most feature-packed skin at present. However, with so much going on, MIUI is way heavier than most Android skins.

Needless to say, this also introduces the risk of having more bugs and issues to deal with. MIUI 12 is the latest version of Xiaomi’s custom skin. Therefore, like most other software updates, there are a few bugs and issues that have been spotted. As a result, we have been maintaining an MIUI 12 bug tracker.

Of course, Xiaomi has been working behind the scenes to fix all major and minor bugs from its software. And we’re now seeing the bug fixes rolling in. It’s worth pointing out that not all the bugs have been addressed and fixed.

However, it’s good to see Xiaomi make the effort to begin eliminating bugs as soon as possible. In the company’s ‘Weekly Bug Fix Report Summary’, Xiaomi has listed a few bugs that have been fixed in MIUI 12.

Earlier, we reported about the bug which prevented users from downloading Super Wallpapers on the Mi 9T Pro and Mi 9. That issue has finally been fixed with the V12.0.1.0.QFKMIXM and V12.0.1.0.QFAEUXM software versions respectively.

The issue which prevented users from signing out from their Mi Account and didn’t allow them to turn off ‘Find Device(s)’ has been fixed. This problem appeared to be on the server-side rather than on the device. Therefore, users do not have to install a new update to fix the problem.

Mi 9 users who were not able to use the calendar application should no longer worry. Updating the application to the latest version should fix the issue. While there are still a few more bugs to fix, MIUI 12 is set to roll out to more eligible devices.

You can check out our MIUI 12 update tracker to know when it arrives on your device(s). As usual, we will post an update if and when Xiaomi fixes more MIUI 12 bugs. 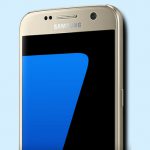