Motorola continues to offer some of the best budget smartphones, especially in western markets. The Lenovo-owned phone maker has released some great devices in the past couple of years. And the Motorola Moto G8 series lived up to most users’ expectations.

The company did, however, make things extremely confusing on the software front with the G8 series. The Moto G8/Power come pre-loaded with Android 10 but the Moto G8 Plus/Power Lite/Play come with Android 9 out-of-the-box.

Early information suggested that the latter three devices will receive the update to Android 10 in April. Well, it’s July and there’s still no sight of the update.

Furthermore, Motorola has not yet made any official statement regarding the Android 10 update for the Moto G8 Plus. We also reported that the Moto Twitter support claimed the update is pending approval.

This gave users some hope to receive the update on their devices. Moreover, since the smartphone released with Android 9, the update to Android 10 should be obvious. But it seems Motorola has other plans.

A user shared a screenshot of a conversation with Motorola’s support on the company’s community forum. Take a look at the conversation below:

From the conversation, we can clearly see that the virtual support agent states that the Motorola G8 Plus is not eligible for Android Q. Unless this isn’t a major error on the company’s part, it seems the device will not even get 1 major Android update.

We may just have to wait for an official statement on the matter. Until then, it appears Moto G8 Plus users will have to deal with the disappointment since the refund period for most users is likely expired.

We will continue tracking further developments on the matter. Stay tuned to PiunikaWeb to know more about the issue.

A moderator on the forums has clarified that the Moto G8 Plus will be getting the update to Android 10. 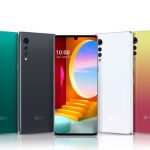