If you have been following PiunikaWeb then, you might already know the plight of the Xiaomi Mi A3 users regarding the Android 10 update. It was pushed and pulled multiple times, leaving Xiaomi Mi A3 users frustrated with the OEM.

Xiaomi launched the A-series phones to give its users the best stock Android OS experience as a part of the Android One program. These devices should be at the forefront in receiving the latest updates, which, unfortunately, is not the reality.

Finally, a stable Android 10 update arrived for Mi A3 which was improved with subsequent updates. Recently the latest June 2020 security update also triggered the call recording feature, which was confirmed by several users.

However, there are multiple user reports (from different countries including Nepal and Nigeria) on the official Mi community platform, where users have said that they haven’t received this new call recording feature even after installing the June 2020 update. Fortunately, a Xiaomi forum moderator took charge and has come up with a response to this issue and has stated that the call recording feature is still in beta and is currently available for Xiaomi Mi A3 users in India at the moment. Users in other countries will have to wait a little longer for this new feature to arrive on their Xiaomi Mi A3.

From what I gathered, it is available in India at the moment (still in beta), so, you will have to wait. So, going by the reports, it is confirmed that this feature will soon make its way to other countries. Notably, the moderator also pointed out the fact that the call recording feature is still in beta, which explains why several users are experiencing issues with it in India. 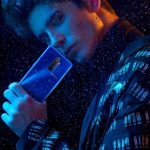