This exercise is meant to bring the new MIUI 12 update to a limited set of devices for testing purposes before the wider rollout begins. Usually, if things go well, the same build pushed to devices in the testing program will be made available to the general public.

In order to get into the program, though, one must provide Xiaomi with a bunch of details (including some personal info), something not everyone is willing to do. For those who went ahead, Xiaomi promised to list the ones who qualified at some point this week.

And true to its word, the company has published a list of Mi accounts belonging to those who successfully got into the program to try MIUI 12 global update ahead of the rest.

Today a statement was issued showing the Mi account for those accepted in the team and those who have the right only to try the trial version MIUI 12 Stable Beta only for the following phone models:

In the official announcement post, Xiaomi adds that no date has been set aside for the release of the MIUI 12 global update to the accounts that qualify into the program. This means you only have to sit back and wait until such a time when the company is ready to push the firmware.

Another thing worth noting is that no one knows when there will be a second wave of recruitment into the Mi Pilot program for the Redmi Note 8 Pro, Redmi Note 7, and Pocophone F1.

Important alert: No official schedule for the release of phone updates, whether experimental or official, and no official timetable is announced to open the registration door for the next stage of mi pilots
Source

As it stands, there is no room for the POCO F1, but this doesn’t mean the device won’t receive MIUI 12. If your account is listed, be sure to join the official Mi Global Community Telegram channel (@Mi_Global_Community) for news on when this and future MIUI updates arrive. 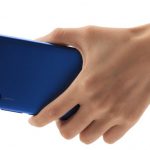 Xiaomi Redmi 7A Android 10 update rolling out in India, wait for MIUI 12 still on (Download link inside) 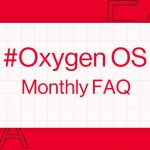