LG is well known for its electronics, you know, TVs, Home Theatre systems and so on. The company also has a rather healthy smartphone business with very impressive devices like the LG V-series that brings unparalleled video performance to users.

The company has also tried to regularly update its device to its latest version of LG UX and even to new Android security patch levels. 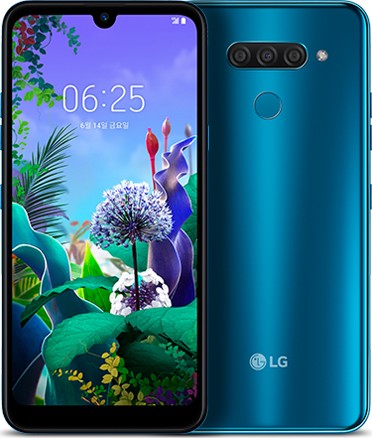 As we come to the close of the second quarter of 2020, focus now shifts to manufacturers and their plans for their devices in terms of updates for the third quarter of 2020.

Today LG has unveiled its schedule for updates to its devices for the period between July and September 2020. The schedule highlights some of the company’s devices including the LG X6 2019, the LG Q70 and the LG V50 ThinQ among others.

In this released schedule, LG plans to roll out Android 10 to the LG X6 (2019) and the LG Q70. The V50 ThinQ & V50S ThinQ will get performance updates within this quarter, the details to which, have been hinted in the above statement.

We can only hope that LG sticks to its word and rolls out these updates as planned. Also worth noting is that Android 11 is right around the corner. We have a tentative list of LG devices that we think are eligible for an update to that build of Android when it gets official. More on that here.

It is encouraging to see OEMs planning for updates to their devices well in advance. This shows some proper structure and planning on the companies’ end.

The stable Android 10 update alongside the LG UX 9.0 skin is now rolling out for the LG X6 (LG Q60) in Korea. It brings a host of new features and improvements to the device. Check out the full story here.

IST: 11:20 am: LG started pushing the Android 10 (LG UX 9.0) update for LG Q70 back in July, while the update was specifically meant for Korean market, it will soon rollout to other regions. We are keeping track of the development and will keep you informed. Read the entire story here.

IST: 11:45 am: While LG Q70 in Korea already received the Android 10 (LG UX 9.0) update in July, the users in other regions are still awaiting for the update to arrive. Now, Telus has announced that the update will start rolling out to their subscribers in Canada starting September 2. Read the full story here.

Next article Xiaomi Redmi 7A Android 10 update rolling out in India, wait for MIUI 12 still on (Download link inside)