LG has lost its place in today’s smartphone market due to lack of eye-grabbing products and poor delivery of software updates. The Korean OEM was also late to join the Android 10 bandwagon.

As per our dedicated LG Android 10 (LG UX 9.0) update tracker, as of yet, a total of 8 smartphones from LG have successfully grabbed the OS update. Others are expected to pick up the update in the coming quarters.

The OEM’s ambitious, LG G8x ThinQ which becomes a dual-display phone when connected to the case that houses the secondary display, has recently started to pick up to the Android 10 update. The LG G8x ThinQ has grabbed the update in Canada, and among the US carriers, Sprint has already seeded the Android 10 (LG UX 9.0) update for the device.

And now as per recent user reports, another major US carrier, AT&T has started pushing the LG G8X ThinQ Android 10 (LG UX 9.0) update.

However, due to lack of much information, we do not know how widespread the Android 10 update is at present, for the AT&T variant of the LG G8x ThinQ.

If you have the LG G8x ThinQ AT&T version, you can go ahead and check for the update via the LG Bridge software.

Not being a piece of official information, we would advise our readers to take this piece of information with a pinch of salt.

Let us know in the comments below if you were able to grab the Android 10 update on your AT&T LG G8X ThinQ or not?

The update for the AT&T variant is now rolling out to the LG G8X.

The update to Android 10 for the LG G8X is now live in the US. 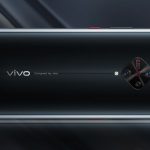 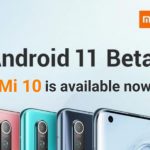