Android’s open-source nature means that users have a variety of options to go with in terms of User interface preferences. Xiaomi for one has been building a refined, yet very different fork of Android for years in the form of MIUI.

With that, Xiaomi has built and refined the essential or core Android apps like the Dialer, Contacts, and Messaging from scratch. Apps that look very different from what the rest of the industry is using but equally capable and functional.

It is, therefore, no surprise that these apps have garnered millions of avid users and fans across the world. Users who buy a Xiaomi device after another just so they can stay in the same familiar ecosystem.

However, in the recent past, Xiaomi has been ditching its in-house apps in favor of Google’s Messages, Contacts, and Dialer. This, however, is limited to the global and EU ROMs of the company’s MIUI skin in what is meant to improve the privacy of users. But this doesn’t sit well with Xiaomi users who prefer in-house apps.

One such user reached out to Xiaomi seeking to find out whether the company had plans to revert these changes and bring back MIUI apps in place of Google Messages, Dialer and Contacts.

Well, it appears as though this will not happen and the company is forging ahead. According to the moderator, due to updated policy, MIUI Contacts, Dialer & Messaging apps will not come back to Xiaomi devices on Global and EU ROMs.

This is unfortunate for all the MIUI fans who were in love with the company’s apps. However, the company remains committed to better the experience in these Google apps. Case in point, Xiaomi devices should soon get native call recording feature via an update to the Google Phone app. 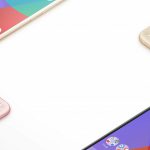