Xiaomi’s MIUI is one of the most feature-packed Android skins out there. Matter of fact, fans of the skin love it for the sheer number of options it offers them on top of AOSP.

This usually involves having in-house apps that offer more features than the pre-installed Google apps. The Google Phone or Dialer app, for instance, doesn’t support native call recording on Xiaomi phones that have the app pre-installed.

In case you missed it, well, Xiaomi phones sold in Europe come pre-installed with the Google Dialer app in place of Xiaomi’s in-house Mi Dialer app. This, essentially, robs these phones off one of the most sought-after features in native call recording.

why doesn’t have a inbuilt call record option in MI Note 8 phone..? Is there any updates for include this option?
Source

I own a Redmi 8 with MIUI 11.0.7.0 PCNEUXM – European ROM.Is it possible to flash Indian rom on it via TWRP or via MiFlash application to get call recording, since this ROM has call recording? And would everything work OK, if possible?
Source

I have redmi note 8 phone without miui dialler. How can i record calls in google dialler?
Source

If you are up for the task of flashing the Indian ROM to your device, check out this guide. Alternatively, you can sit back and wait for a future software update that should enable native call recording on your Xiaomi handset.

At this point, though, no one knows when exactly Xiaomi devices using the Google Dialer app will get support for native call recording. But with the likes of Nokia (Android One) devices already receiving it, there is light at the end of the tunnel for affected Xiaomi users as well.

The June security patch for the Mi A2 has now brought in the call recording feature. Head here for more details.

The Mi A3 and the Mi A2 Lite picks up call recording feature alongside the June security patch. Head here for more details.

IST: 01:10 pm: According to recent reports, the long-awaited native call recording feature is now available on the global variants of the Redmi Note 8 Pro, Note 9 Pro, Note 9S, Mi 9T Pro and more global Xiaomi devices. This has also been confirmed by users on the Mi Community forum. See the full details here. 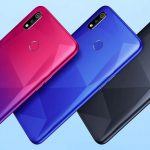 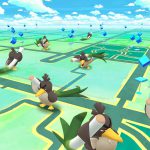