While Realme 2 Pro users wait for Realme UI (Android 10) stable update, a new update has been pushed by the OEM for Realme UI beta testers of the phone.

The update is seeding with version number F.07 and weighs in around 273 MB in size. As mentioned before, it is available for registered beta users only. As usual, it has been rolled out via OTA in batches and will take some time in hitting all the Realme 2 Pro units. As far as the stable Realme 2 Pro Realme UI update is concerned, going by official Android 10 roadmap, the handset is expected to receive the update somewhere this month.

Realme has done a great job in pushing the Android 10 update on said dates and for all its devices and soon will call the rollout complete after seeding the update for leftover devices.

While the stable Realme 2 Pro Android 10 (Realme UI 1.0) update is right around the corner, users might have started thinking whether the phone will pick up Android 11 (Realme UI 2.0) or not?

Well, Realme 2 Pro came with Android 8 Oreo out of the box and this Android 10 update will be the device’s second major OS update. As per our speculated list, Realme 2 Pro is likely to miss out on the Android 11 update. 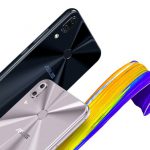