One of the brands that have seen tremendous growth, be in terms of market share or expanding user base, it is definitely, Realme. Starting off in 2018, as of now, Realme has grown into a brand that aims at providing max specs-to-price ratio devices.

The company is also expanding its presence in other markets like Europe and other Asian markets apart from India, which was its main focus during its initial days.

Now the company has also forayed into IoT (Internet of Things) and has launched smartwatches, wireless earphones, speakers, and much more. Realme has also been a good player when it comes to providing the latest software updates. Since the launch of Android 10, back in September 2019, the majority of the Realme devices are up and running the stable version of the latest OS. For a complete list of devices, you can head here.

Notably, the company has also shifted from its parents ColorOS custom UI to its very own, Realme UI, that although sounds new, ports in a lot of features from the ColorOS.

The Realme UI is bundled with Android 10 and has been delivered to all the Realme phones. And if we go by the official Android 10 update rollout plan by Realme, one more device is ready to be ticked off from this list.

We are talking about the Realme 2 Pro. Yes, as per the roadmap, the Realme 2 Pro is slated to receive the stable Android 10 (Realme UI 1.0) update somewhere in the current month of June. And as the month has begun, users have started getting restless, as can be seen in the image of a few Twitter queries below. Taking a look at the previous track record of following the timeline or the roadmap shared officially, Realme is known to push the updates on the said dates.

So, all the Realme 2 Pro users should expect that for them also, it will be no different and the Android 10 (Realme UI 1.0) update will arrive on the slated month of June 2020.

Moreover, the Realme 2 Pro Android 10 (Realme UI 1.0) beta recruitment has already started off and is in its second phase. So, it is due time for the device to pick up the stable update. Rest assured, we will keep you posted once the update is out and rolling out for the Realme 2 Pro units.

Note: In the meantime, you can check out our dedicated Realme smartphone section to read similar stories and the latest happenings around Realme devices. 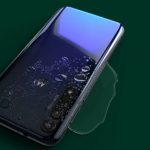 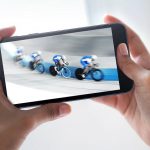