Xiaomi’s Redmi Note 7S was first unveiled back in May 2019. The device sports a 6.3″ IPS LCD display and is powered by the Snapdragon 660 chipset. Keeping the device chugging along is a reasonably sized 4000mAh cell. These are solid mid-range specs, even in 2020.

The Note 7S launched with the company’s own MIUI 11 running on top of Android 9 Pie. A little over a year into its life cycle and still, the device runs on Android 9 Pie with plans by the company to update it to Android 10.

Back in January, we saw Xiaomi roll out an Android 10 Beta build to the Redmi Note 7S, at least in the Chinese market. More recently, recruitment for Xiaomi’s much-awaited MIUI 12 beta begun for this device. More on that here.

It is, therefore, safe to say that Xiaomi still thinks about this device and has substantial plans for it in the near future. How near you ask? Well, according to reports, Android 10 could be available to this device as soon as this month!

“Dear user, Android 10 is expected to get released this month if everything goes well in internal testing. Stay tuned on mi global community for further info. Thanks”

A moderator on Xiaomi’s Mi Community has just confirmed that the Android 10 update for the Xiaomi Redmi Note 7S is undergoing internal testing and that the company plans to roll it out to users sometime this month.

When it finally drops, the Redmi Note 7S will join the ever-growing list of Xiaomi devices that have successfully been updated to Android 10 over the past couple of months.

Redmi Note 7S users now have something to look forward to before the month ends! We can only hope that Xiaomi does push out the update as promised.

The Redmi Note 7S picks up the update to Android 10 along with the June security patch without MIUI 12. Head here for more coverage. 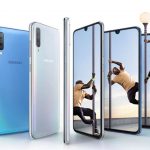 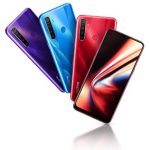