Xiaomi has managed to roll out Android 10 to a good number of its eligible devices, However, there remains a few outliers that haven’t bagged the much-awaited update. One such device is the Redmi Note 7 that hasn’t been updated to Android 10.

The company has a rather broad catalog of devices that it strives to keep up-to-date, through MIUI updates, Android version updates, and more commonly, regular security patch updates.

We recently got word about how exactly Xiaomi was planning to update the Redmi Note 7. The reports indicated that the device will first get updated to Android 10 with MIUI 11 before later getting updated to MIUI 12.

“Android 10 update for Redmi Note 7 is expected to be released in this month, 1st it will get rolled out for testers and after the testing it will be rolled in batches.”

When asked by a user in Xiaomi’s Community, when the device will get updated to Android 10, a moderator proceeds to confirm that the Android 10 update for Redmi Note 9 will roll out this month. However, the build will go out to testers first before the update is available to more users in batches.

With that, users of the Redmi Note 7 can rest easy and look forward to two big updates (Android 10 and MIUI 12) for their devices that should follow each other pretty quickly. Why the company couldn’t just roll out an Android 10-based MIUI 12 build for the device remains to be speculated. 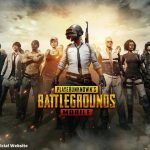 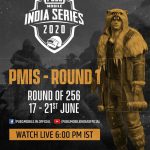