Samsung’s A-line of smartphones represents the company’s push to make waves in the mid to low-end segment of the smartphone industry. Last year’s Samsung Galaxy A50 was one of the best selling smartphones, selling upto 24.2 Million units worldwide.

The bottom of the barrel in Samsung’s Galaxy A-line of smartphones lies the Samsung Galaxy A10s. This device was first unveiled back in August 2019 and is powered by the MT6762 Helio P22 chipset. Storage is catered for with 3GB RAM & 32GB of storage.

Samsung Galaxy A10s is gettings updated to Android 10-based One UI 2.1. The update which has started rolling out in Malaysia brings the software version on this device to A107FXXU5BTCB and comes with the March 2020 Android security patch update.

The Android 10 update for the Samsung Galaxy A10s weighs in at a rather hefty 2.66 GB and brings all the Android 10 goodness to the budget device. It is still unclear what One UI 2.1 features have been excluded from this device owing to the inevitable hardware limitations.

It is very encouraging to see Samsung rolling out Android 10 to one of the least-powerful smartphones in its catalog today. This should be a wakeup call to other OEMs who often neglect the cheaper devices in their catalog, in favor of more capable flagships.

The Android 10 update for the Galaxy A10s in now live in Pakistan.

The update is now live for devices in India.

Note: This article has been updated to reflect the update was to One UI 2.1 and not One UI 2.0 as reported initially. 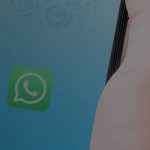 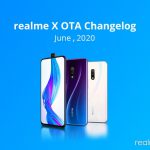