Some good news for the LG V50 ThinQ users, particularly in Australia because the OEM is now rolling out the Android 10 update for the handset. The long-awaited Android 10 update brings along the LG UX 9.0 custom UI as well.

The LG V50 ThinQ was released with Android 9 Pie out of the box. Notably, Sprint and Verizon users in the US have been fortunate enough to grab the update, as of now.

Not only this but European variants of the LG V50 ThinQ have also picked up the Android 10 (LG UX 9.0) update. And it was about time for the Australian units to grab the Android 10 firmware update.

Talking about the information of the LG V50 ThinQ Android 10 update, it is seeding with the firmware version V20b and weighs in around 1.8 GB in size. Users those who have already received the update have shared the screengrab of the OTA update:

As you expect with any firmware os update, the Android 10 (LG UX 9.0) update is rolling out via OTA in batches. Meaning that the update will take some time in hitting all the units in Australia.

Additionally, for those who have not yet received the Android 10 update on their LG V50, LG has an answer for the delay in updates.

Going by the recent tweet by LG Australia, the OEM is working in tandem with the Telstra to push the Android 10 updates for the devices. And the updates will be released somewhere around the July-end.

LG is currently working with Telstra to release the Android 10 update, we are happy to announce this will be released approximately at the end of June. 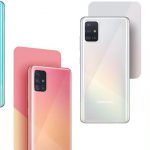 [Live in Croatia] Samsung Galaxy A51 One UI 2.1 update rolling out with April patch 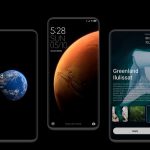