Huawei has done a pretty good job in terms of pushing out updates to its devices. Many of the company’s devices that were eligible for an update to Android 10 have already bagged the much-awaited update except devices like Honor 9X Pro.

One device that is yet to get updated to the company’s Android 10-based EMUI 10 is the Honor 9X Pro. This, despite the Beta program for this device being rolled out a while back. We even saw the Honor 9X EMUI 10 beta program expanded into Europe, Middle East & Africa back in January.

Since then, little concrete reports have been issued to the Honor 9X Pro users with regards to the development of the EMUI 10 update for their device. As such, we haven’t received any timelines as to when the update might drop for the device.

Understandably, this has been pretty frustrating for the device owners who have been waiting for the update since their devices launched. This issue is compounded when development of Android 11 is already picking up pace.

In a tweet from Honor India’s official Twitter handle in response to a user who sought to know when the update will be available for their device, the Honor rep had this to say,

Thank you for showing your interest in Android EMUI 10. We would like to inform you that our software team is working on EMUI 10 update and it’s under development.

With that, it is clear that Honor 9X Pro users might need to wait a little longer for an update to Android 10-based EMUI 10 to roll out.

The company rep was also keen not to share any meaningful timelines on when exactly this update is likely to roll out to the device users. The users have been advised to keep an eye on Honor’s official pages or HiCare App for more information.

05:57 pm (IST): Months after Honor claimed that the Android 10 update for the Honor 9X Pro is under development, it seems the company has not made much progress since Honor India, on Twitter, has once again responded to a user’s query regarding the update by saying the same. 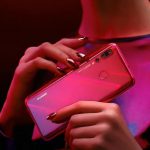