Several months following its debut in China, the Honor 9X finally arrived in India last week. The 9X is here to take over from the impressive Honor 8X from the previous year and indeed, it packs some punch.

The 9X has a powerful midrange chipset, the Kirin 710F, allied to 4GB/64GB or 6GB/128GB memory options while the battery is still humongous at 4000mAh. For the camera, there are three lenses on the back with a 48MP main shooter.

Having been unveiled in October 2019, the phone ships with the older EMUI 9.1 based on Android 9 Pie out of the box. But like others before it, you are guaranteed at least one major OS upgrade with the Honor 9X.

As of this writing, the update in question, which brings EMUI 10 based on Android 10, is already being tested in China. The beta program was open for recruitment in early December 2019 before the firmware went live last week.

Apparently, the Honor 9X EMUI 10 beta program is now expanding to markets outside China, among them France, Germany, Italy, Spain, Egypt, and the Middle East. How do we know this?

Well, a leaked poster about the Honor 9X EMUI 10 beta recruitment program has recently popped on Reddit, claiming that the registration opened on January 17 and ends on January 22, 2020.

Good news for 9X users! We are starting recruitment for HONOR 9X EMUI 10 internal beta testers now! If you are an HONOR 9X user and are good at Emotion UI operation then welcome aboard.
Source

The post further notes that only 500 slots are available for Honor 9X EMUI 10 beta testers from eligible countries. Of course, you must fill a form asking for some personal information about your device before being enrolled into the program.

The form to fill in France is here while Germans can get theirs here. If you are in Italy, head over to this page and for those in Spain, this is the link. As for the Pharaohs and their counterparts in the Middle East, the link to register into the program is here.

If all goes according to plan, those admitted into the program will reportedly receive their OTA updates to EMUI 10 beta based on Android 10 beginning January 23, 2020.

One Piece chapter 968: Evidences that Luffy is the other king 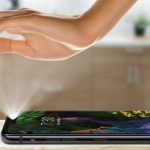