In less than three months’ time, Android 10 will be a year old. The OS was first released in stable version in early September 2019, but to date, most Vivo devices haven’t received their Funtouch OS software.

A handful of handsets have received the Funtouch OS 10 firmware that brings Android 10 to Vivo handsets. However, for an OEM that sits sixth on the global market, less than 10 devices currently on Android 10 is a drop in the ocean.

Sure, it now looks like Vivo is putting in more effort to bring Android 10 to more devices. However, device owners are still unimpressed by the company. And I agree that for a company with Vivo’s resources, it should do better on this front.

As usual, unhappy Vivo fans have taken to Twitter to air their anger at the company for the delayed release of Funtouch OS 10 update.

@vivopakistan when will android 10 update for vivo s1 will roll out?
Source

More frustrated owners of Vivo devices, more so those included in the official Funtouch OS 10 roadmap revealed a while ago, are flooding social media to talk about the lack of the OS in the hope that Vivo listens and does something about it.

But as noted, only a handful of devices have received the stable Vivo Android 10 update. More are expected to continue receiving the update throughout this Q2 and well into Q3 2020, just in time for the release of the stable Android 11 update. 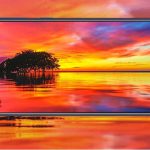