The primary functions of any mobile phone, whether smart or dumb, are to make and receive voice calls and text messages (SMS). But according to multiple owners of Asus ZenFone 6 on T-Mobile, the phone just can’t do any of these properly.

Asus ZenFone 6 got a warm welcome following its launch back in 2019 thanks to the novel idea of a motorized rear camera that also doubles as the selfie shooter, something never seen before.

The phone quickly gained a fanbase in various countries across the globe, including the U.S. But for those using it on T-Mobile and related MVNOs, it appears that the phone is unable to receive calls and SMS.

Looking at the screenshot above, the ZenFone 6 missing calls issue hasn’t just popped up now. It has been here since January, but to date, not even any of the software updates the device has received addressed the issue.

Reports from similarly affected ZenFone 6 owners have been flooding the ZenTalk forums under this thread, some as recent as this month, essentially confirming that this is a widespread issue that needs the company’s attention.

In these times, unhappy device owners are of the opinion that having support for VoLTE and WiFi calling would come in handy, but we recently reported about Asus confirming that the feature isn’t coming to U.S. owners of the ZenFone 6. FYI, others have it.

On T-Mobile and having the same issues (see my post in main ZF6 forum). VoLTE and Wi-Fi calling would help.
Source

Asus, why is VoLTE/Wi-Fi calling still not functional? What exactly is holding this back?
Source

Asus is still looking for logs regarding this issue, meaning they aren’t even near finding the cause, leave alone the solution. From the look of things, it seems the wait for the ZenFone 6 missing calls issue to be addressed could take quite some time.

The latest update for the ZenFone 6 appears to have enabled the VoLTE function for T-Mobile customers. It also brings a few bug fixes to the device. See more details here. 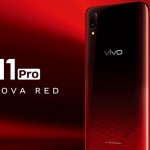 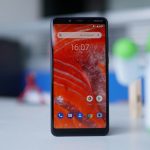