The Nokia 7 Plus was among the second wave of Android-powered HMD Global smartphones to receive the stable update to Android 10. This happened in early January 2020, but life hasn’t been rosy ever since.

After the Nokia 7 Plus Android 10 update rolled out, device owners started experiencing an annoying crackling sound bug when opening games, listening to voice messages on WhatsApp, and even through Bluetooth.

The issue was to be addressed in a future MR update, but several security patches down the line and the issue was still present. But after the latest May security update, several Nokia 7 Plus owners say the crackling sound bug has been addressed.

The Nokia 7 Plus picked up the May security update a few days ago. As per the changelog, the update has software version 4.15D and has the changes below:

As you can see, there’s no mention of fixes for crackling sound issues after the update to Android 10. However, several Nokia 7 Plus owners can confirm that the issue has been fixed alongside the equalizer bug as well.

Sideloaded. Audio crackling issue finally fixed both through bluetooth and audio jack playback. It was driving me fucking crazy.
Source

More reports from the Nokia 7 Plus sub-community also confirm that the cracking sound bug is gone. This should bring a sigh of relief for device owners after months of waiting for the bug to be fixed.

This should also be good news for Nokia 6.1 Plus owners who also started experiencing a similar issue following the update to Android 10. Since the Nokia 7 Plus May update started rolling out a few days ago, most units should have received it by now.

Do let us know if the crackling sound bug still exists on your Nokia 7 Plus even after the latest May security update in the comments section below. 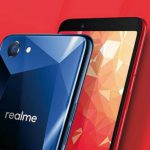