The long wait for the stable update to One UI 2 based on Android 10 for owners of Samsung Galaxy A50 in India has finally come to an end. This comes over two months after the first A50 unit picked up the OS.

For the uninitiated, this isn’t the first time folks in India are seeing the Galaxy A50 Android 10 update. The OTA first arrived in March, tagging along February 2020 security patch.

But before the rollout spread to more units in the region, the process was halted, leaving many A50 owners on the older Android Pie. Resuming the rollout was hit hard by the novel COVID-19 virus, forcing Samsung to delay things for some time, at least until now.

In the incoming version, Galaxy A50 owners will not only get the update to One UI 2. But also bump the security patch level to March, which is pretty much unimpressive given the latest May patches are already here for multiple Samsung devices.

Arriving over the air, the re-released Galaxy A50 Android 10 update is hitting units in India as software version A505FDDU4BTC8 and weighs in at close to 1.8GB.

It may take several days before all Galaxy A50 units receive the One UI 2 update in the Asian sub-continent. At this point, though, no one knows if the A50 One UI 2.1 update will materialize.

Unveiled in February 2019, the Galaxy A50 has Pie pre-installed, which makes this the first major OS upgrade. The device is also eligible for a second OS upgrade to Android 11. If interested in more details, check out our coverage on Samsung Android 11 update. 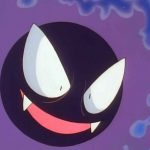