Samsung has a new software update available for the Galaxy Tab S6 – the much-talked-about One UI 2.1 update based on the latest stable operating system from Google, Android 10.

The Galaxy Tab S6 becomes the latest Samsung device to pick up the stable One UI 2.1 update in the recent past in the wake of the company dishing out the newer One UI 2.1 package to the likes of Samsung Galaxy Note 10 and S10.

Matter of fact, folks in the U.S. are in line to begin receiving the updated One UI 2.1 firmware on their Galaxy Note 10 and Galaxy S10 handsets as from today, April 3, onwards.

The incoming Galaxy Tab S6 One UI 2.1 update is available in Germany. It tags along a new March 2020 security patch alongside a flurry of Android 10 and One UI 2.1 features to enjoy.

Arriving as software version T865XXU2BTC7, it will take some time before every Tab S6 unit in Germany or Europe for that matter receives this new update. Folks in the U.S. will have to wait a little longer as carriers do their thing before the OS is released, probably later this month or in May 2020.

Below is a summary of the changes the just-released Galaxy Tab S6 Android 10 update has in store:

– One UI 2 brings you Android 10, with exciting new features from Samsung and Google based on feedback from users like you.

The Android 10 update for the Tab S6 is now live in The Netherlands.

The Android 10 update has also reached devices in Switzerland.

The Android 10 updaate is now available for devices in Romania.

The Android 10 update is now live for devices in the Philippines.

The Android 10 update has made its way over to devices in Qatar.

The Android 10 update is now live for the Wifi variant of the Tab S6 in the US.

The Galaxy Tab S6 is now picking up the update to Android 10 in Brazil.

The Android 10 update for the Tab S6 is now live for devices in Australia.

The Android 10 update for the Galaxy tab S6 is now live for the devices in India.

The One UI 2.1 update has nowmmade its way to T-Mobile branded devices in the US. Head here for more details. 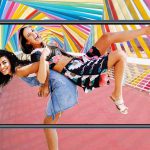 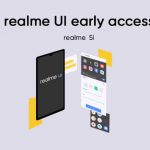