With the rise in popularity of OLED panels on smartphones, there came need to have native support for Dark Mode. See, OLED displays do light up individual pixels and so when a pixel isn’t being lit, it goes completely off. Have enough pixels off at any given time and your battery life significantly improves.

Starting with Android 9 Pie, Android natively supported dark mode meaning that other OEMs were then free to incorporate the same into their builds of Android as more and more Android apps got updated to take advantage of the same.

Sadly, while many phone-makers have since managed to incorporate dark mode onto their operating systems, some haven’t exactly made it easy to toggle this on and off.

Not too long ago, OnePlus came out to promise that the company was working to bring a Dark Mode toggle switch to the device’s notification shade, you know, like many Stock Android devices and even skinned versions of Android do.

The update was expected to come in the Open Beta updates this month. Yesterday, the updates rolled out to the OnePlus 7 and OnePlus 7T family of devices. More on that and the download links to the same can be found here.

The changelog for these updates did not have a mention of anything to do with Dark Mode Quick Settings toggle, much to the dismay of many users on the Open Beta channel.

Well, in a pleasant plot twist, it turns out that the Quick Setting toggle is indeed baked into the new builds of OxygenOS after all.

According to reports, the OnePlus 7 Dark Mode Quick Setting toggle is not easily accessible default. Instead, users need to enable it from within the Developer Options before then adding the quick toggle from the ‘edit Quick Toggles’ settings.

It is not uncommon to have new and sometimes experimental features baked into a given build of Android but hidden within the Developer Options or SystemUI Tuner.

However, you can be sure that when these Beta builds finally get stable, such an important toggle like this OnePlus 7 Dark Mode toggle, will be a lot more accessible to users, and not buried within the Developer Options menu. 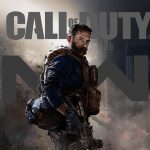 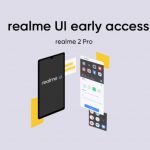