The majority of the Android users (including myself) prefer the vanilla or stock Android experience on the device rather than having a bloatware-full UI. And one of the best iterations of a custom UI is the OxygenOS.

OxygenOS keeps everything stock with a subtle touch of its own, giving the users complete control on the UI, without forcing any bloatware with it.

Over time, OnePlus, is known to bring about changes to its custom UI, and going under several updates, OxygenOS has evolved into one of the best custom UIs, that you can have on a smartphone.

However, there are certain features that are missing from the OxygenOS. Take the missing Quick Settings toggle for the Dark Mode. Well, who does not love dark mode? It was one of the highlighted features of Android 10 and was pretty aggressively adopted by third-party applications.

But, as we have already mentioned, OnePlus is known to gather feedbacks and on basis of that, they come with little changes and tweaks to its apps in future updates. And we will soon be getting a quick setting toggle for the Dark Mode, via an OxygenOS beta update.

In it’s latest Monthly FAQ, OnePlus has promised to bring the quick setting toggle for the Dark Mode, which is currently, buried under the OxygenOS customization menu under Settings.

Android 10 already has this toggle built-in and after testing this feature in the upcoming OxygenOS open beta update this month, it will be pushed for the stable update.

What kind of upgrades can be expected in the Dark Mode?
A: To make it easier for users to turn on Dark Mode with one click, we are planning to add the Dark Mode switch in Quick Settings. It will be having internally testing before pushing Open Beta version to wider users. This feature update is scheduled for internal testing this month.

Not only this, but OnePlus has also lined up a few more tweaks to be brought about for the OnePlus phones via future updates. It includes revamped recent menu optimization for improved multitasking, reducing the lower volume level to the lowest, and several other OnePlus launchers related tweaks.

The latest Oxygen OS beta for the OnePlus 7 and OnePlus 7T brings in the dark mode toggle. Head here for coverage. 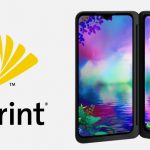