Besides, it came with Android 8.1 Oreo out of the box and was updated to Android 9 Pie after which, users were eagerly waiting for the latest Android 10 update.

And as a sigh of relief, Huawei started EMUI 10 (Android 10) beta recruitment for the users of Mate 20 Lite in Europe back in October 2019. Eventually, the EMUI 10 stable update was rolled out for the European users in November 2019.

However, global users were waiting to get their hands on the latest EMUI 10 which is based on Android 10 and it seems like the wait is finally going to be over.

As in a recent development, in an official Twitter post, when one of the Huawei Mate 20 Lite users asked about EMUI 10 (Android 10) update for the device, Huawei officially responded that the update will start rolling out globally starting from next month i.e. February 2020.

But what’s more interesting is that some users have reported that they are already getting the EMUI 10 (Android 10) update. You can check the tweet below from one of the users in Turkey where the update arrived with version number V10.0.0.170.

Other regions are yet to confirm the arrival of this EMUI 10 (Android 10) update for the device. For the time being, we can only wait and watch for the coming month when the update is slated to hit all the units globally.

We will keep you in the loop until we have more information in this regard. In the meantime, you can check out our dedicated Huawei section for reading such similar stories surrounding Huawei and Honor smartphones and devices.

And as expected, the global rollout of the EMUI 10 (Android 10) for Huawei Mate 20 Lite is now live. It is apparently arriving with version number V10.0.0.170 and is currently spotted in Turkey while other regions are expected to get it soon.

According to our source, Huawei has pushed in the EMUI 10 (Android 10) update for the Mate 20 Lite users in Serbia. The update is expected to soon be available in other regions where it has not arrived yet.

Huawei is now gradually pushing the EMUI 10 (Android 10) update for the Mate 20 Lite users across the globe. Recently, the update was spotted in Romania.

The update is now available for device users in the Netherlands too.

The update is now available in France as well.

The update is now being pushed for New Zealand as well and arrives with the version number V10.0.0170.

EMUI 10 for the device is now live in Switzerland. Thanks for sharing the info and screengrab Z. Peraic. Users in the Dominican Republic have also started receiving EMUI 10 for their devices. 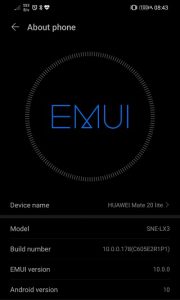 The EMUI 10 update is now live in the UK.

The EMUI 10 update for the Mate 20 lite is now live for Movistar users in Mexico. 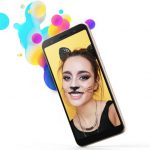 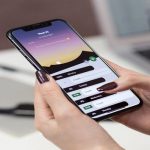