If you are a regular reader of PiunikaWeb, then you might have come across several reports about the Honor Play smartphone and the plight of its users who were denied the Android 10 update, though lower specd Honor 8X and got the update.

Honor Play users have fought a long battle in persuading the OEM for delivering the Android 10 update via several petitions. They also requested to allow the users an option to unlock the bootloader for allowing custom ROM installation.

All this went in vain, as the company has denied both the demands of the users, mentioned above for the Honor Play. And in compensation, the Honor Play users were given an Amazon Voucher worth INR 500 ($7).

The OEM has recently pushed a new update which brought the VoWiFi (WiFi calling) feature for the device for the Indian users along with the March security patch.

So, the situation of the Honor Play users is pretty understandable by now. But, there are several users who did not want to go down without being able to run Android 10 on their Honor Play units.

And such a report has come up on the official Huawei and Honor community. Here a user has claimed to have been able to flash the Android 10 based unofficial Pixel Experience Plus ROM on the Honor Play after unlocking the bootloader via an online service for 100CNY (approx. INR1,062).

Here are the screenshots shared by the user of the Pixel Experience ROM based on Android 10 running on the Honor Play device.

This has got the user excited because at least there is a working method available for them to flash an Android 10 based custom ROM on their Honor Play units, as the official update is ruled out of the cards.

Let us know, what are your thoughts about the situation of the Honor Play users and whether in future you would prefer buying an Honor phone or not? 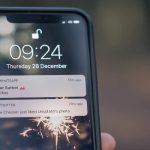 ForwardNotifier: Jailbreak tweak to pass on notifications to PC or iOS device 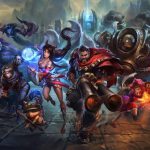 [May 13: Scheduled maintenance] League of Legends down, players unable to login