This very morning, the wait for the latest-and-the-greatest Android 10-based One UI 2.0 update finally got over for Samsung Galaxy A70 device users, at least for the ones in the Ukraine region, as the OEM re-released the OS update. Wait, re-released?

Well, for those of you untold, it was during the third week of February, the Korean smartphone maker pushed One UI 2.0 for Galaxy A70 just to pull back in no time. Only a minuscule number of device holders could fetch it while it was up.

But today, the same update went live again, this time not for a limited number though.

But it looks like, Galaxy A70 is not the only device getting the much-awaited good news today. Rather its kin Samsung Galaxy A70s is also joining the celebration club – alongwith other A series users like Galaxy A50s, A30 and A8s – for One UI 2.0 is now hitting the devices at least in India.

The information comes credits to devise holders who took to the community to share the screengrabs. One UI 2.0 on Galaxy A70s comes with build number A707FDDU2BTC2 / A707FODM2BTC2 , sized around 2025 MB, along with not the latest February security patch.

With the OTA rollout assured to take its own sweet time to hit all devices, those using the A70 model number SM-A707F can turn to a tool like Frija to download the latest Android 10 firmware for this unit and flash it manually using Odin. Here’s a how-to guide regarding this for those interested.

The Android 10 update for the Galaxy A70s is now live in China with the April security patch. 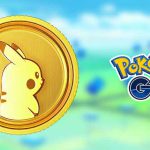 Pokemon Go : Get Pokecoins by activities under the upcoming new feature 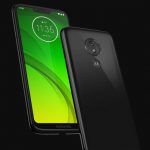