Nearly two months since showing up on the Wi-Fi Alliance running Android 10, the Samsung Galaxy A8s One UI 2.0 stable update is now available to download for folks in China.

Samsung has recently pushed the stable One UI 2.0 update to the Galaxy M40, another non-flagship handset, but for owners of the device in India. The update included the latest March 2020 security patch, which is contrary to the incoming Galaxy A8s One UI 2.0 update.

Arriving as version G8870ZCU3CTB2, the software update tags along a bunch of One UI 2.0/Android 10 features like system-wide dark mode, navigation gestures, new icons, and so on.

It is unclear when other markets will pick up the new OS on their A8s units, but it shouldn’t take ages now that the rollout has started. When it hits your unit, you should get a security bump to January 2020.

The Galaxy A8s goes by the name Galaxy A9 Pro (2019) in Samsung’s home country of South Korea. Matter of fact, it is the Korean variant that first picked up Wi-Fi Alliance certification with Android 10 on board, but unfortunately, there is no OTA for this region yet.

Samsung had promised to roll out the Galaxy A8s Android 10 update this month and indeed, the Korean company has kept its end of the deal. This is despite the fact that only the China firmware is available for now.

With the OTA rollout poised to take some time, those using the A8s model number SM-G8870 can turn to a tool like Frija to download the latest Android 10 firmware for this unit and flash it manually using Odin. If interested, check it out here.

Also live is the official kernel source code for the Galaxy S20, S20+ and S20 Ultra, meaning that custom ROM development and modding can now begin. Note that this is only true for the Exynos variants of the trio.

The source code can be found on the Samsung Open Source Release Center website here. 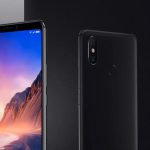