Just yesterday we have reported a post about the Android 10 (ColorOS 7) update plans shared by Oppo for a bunch of its devices. The information pretty much depicts the exact dates on which the updates should be expected on the Oppo phones, in different regions.

Moreover, the company has also shared that the Oppo Reno2 F (C.07) will get the ColorOS 7 stable update on May 10 in India and from May 25 in other regions. While the Oppo K3 (C.06) will get stable updates from May 26.

Adding more information, the company has also revealed its June stable Q3 2020 update plan for Singapore and Taiwan. As per the roadmap, the devices that are in the pipeline for getting the Android 10 stable update in June are Oppo Reno, Reno 10x Zoom, R17, R17 Pro, Reno 2, and Find X Series. Notably, it has not been published officially and the source link still has not gone live. But users on the OPPO international Telegram group were able to get their hands on this roadmap for Europe and other regions.

Cutting to the chase, as per the official roadmap, the Oppo Reno 10x Zoom stable update is currently underway in Russia, while regions like Italy, Spain, Turkey, France, Netherlands, UK, New Zealand, and Poland will get the ColorOS 7 stable update in June 2020.

The Oppo Reno will get a stable update in Russia in May, while Italy, Spain, Turkey, France, Netherlands, UK, and Poland will be getting the update in June.

Talking about the Oppo R17, the stable update rollout is ongoing in Australia. As for RX17 Pro, the update will arrive in Russia and Italy in May, whereas the stable update should hit the units Australia, New Zealand, Italy, Spain, Turkey, France, Netherlands, UK, and Poland somewhere in June.

The Find X Series will pick up the updates in the UK and New Zealand in June, while the process is ongoing for Italy, Spain, France, Netherlands, Australia, Russia, and Poland.

Oppo A9 2020 and A5 2020, will be served with the ColorOS7 stable update in New Zealand, Australia, and Russia in July. Regions like the UK, France, Italy, Spain, Netherlands, Switzerland, Poland, Turkey, Ukraine, and Romania will be picking up the updates in August.

Reno2‘s rollout process is currently ongoing in Switzerland, Spain, and Ukraine, while Russia is scheduled for May. In June, the update will reach Netherlands, New Zealand, Germany, Poland, and Turkey. While July will serve the updates in Italy, France, and the UK.

The rollout is ongoing in Russia for the Oppo RenoZ while Australia, New Zealand, Germany, Poland, Turkey, should expect the update in June. In July the update will reach Italy, France, and the UK.

Reno 2Z stable Android 10 update will roll out in Germany, Netherlands, Turkey, Ukraine, and Poland in June. While Australia and New Zealand will get the update in July. August is set for France, Italy, Spain, UK, and Switzerland.

Russian units of Oppo F9/ F9 Pro will get a stable update in May, while F7 and F7 128G will get the update in June. Oppo R15 will be served with the ColorOS 7 update in Australia and New Zealand in July.

Thanks, Cordiali Saluti for the tip! 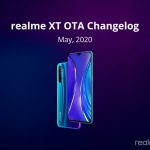 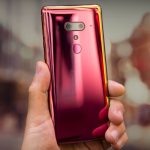