Samsung pushed a software update to the Galaxy S20 series with April security patches but ended up with an annoying green tint on the screen of the Ultra variant.

This issue, which was clearly software-related, was quickly addressed in a subsequent software update. But it seems the green tint isn’t the only issue affecting the latest Samsung flagships.

For weeks now, multiple owners of the Galaxy S20, Galaxy S20+, and Galaxy S20 Ultra have been experiencing an annoying issue with the handsets. Apparently, the phones occasionally freeze when using Google Chrome.

I visited the site on my s20+ and I can confirm it freezes on chrome and works fine on edge. I am switching to edge for now. .
Source

Just upgraded to S20 Ultra from my S10 Plus – big mistake. My phone is freezing exactly like yours It has been happening in Chrome. Have tried a number of other Web access programmes but I continue to experience ‘freezing’ even when using these. The phone even freezes when I’m using Samsung Internet
Source

Samsung devices, including the S20 trio, have a pre-installed Samsung Internet web browser as an alternative to the popular Google Chrome. However, it seems the freezing issue isn’t just affecting Chrome, but also several other web browsers, including Samsung’s. 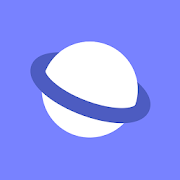 Another affected S20+ owner says the freezing issue isn’t present in the Microsoft Edge browser, so you might want to try it if the issue still persists. Interestingly, some say the issue has recently disappeared after the latest software update, but not for everyone.

For some reason it stopped freezing for me yesterday. Didn’t have a single freeze for 2 days now. Is it fixed for you as well?
Source

I have a S20 Ultra with the latest update and I’m still experiencing scrolling locking up. I have the exynos chip. I’m using dark mode and 120hz
Source

Multiple workarounds have been suggested for the Galaxy S20 Chrome freezing issue, ranging from falling back to 60Hz refresh rate and turning off Assistant’s ‘Use screen context’ in the Google app to wiping the cache partition and even a factory reset, but nothing seems to work for everyone.

At this point, it’s unclear whether Google or Samsung will acknowledge the Galaxy S20 Chrome freezing issue. But whoever takes up the responsibility, we hope a fix will be pushed soon.

Asus moderator confirms the Chrome freezing issue is at Google’s end and has been passed on to them internally. Head here for the complete coverage. 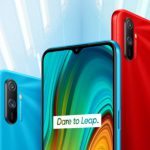 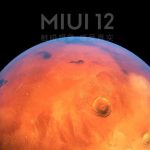