The OnePlus 8 Pro is the company’s latest smartphone having been released only a few weeks ago. The device is also the most expensive phone OnePlus has ever pushed to market and so, one would expect to get all their money’s worth on this one.

Well, only a few weeks into the life of the device and a bunch of users started reporting issues with their displays where sections of the screen would appear very green. We have covered this issue here.

Apparently, the issue only afflicts OnePlus 8 Pro screen when the refresh rate is set to 120Hz and the brightness is turned low. To recall, some users of the Samsung Galaxy S20 Ultra also reported a similar issue on their devices. Samsung’s issue has since been fixed via an OTA update, leading many to believe that this might be a software issue and not a hardware one.

That said, OnePlus has since come out to acknowledge the issue and issue a statement in that regard. OnePlus had this to say about the OnePlus 8 Pro screen issue.

“OnePlus values user feedback and is committed to delivering the best smartphone experience. Our team is currently investigating these reports to identify the best solutions for our users, and we will issue updates as soon as they are ready. Regarding the green tint, we are working to resolve this in our next OTA.”

While some users who pre-ordered their OnePlus 8 Pro devices have already started getting their hands on the devices, sales of the flagship don’t open until the 29th of April. Hopefully, OnePlus will be able to push out an OTA to fix this issue in time for users to update to it as soon as they inbox their shinny new OnePlus devices.

OnePlus has confirmed that the green screen issue is indeed a hardware issue. Head here for more details.

The new update for the OnePlus 8 and OnePlus 8 Pro has brought in optimizations and fixed for the green screen issue. Head here more details. 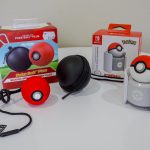 Pokemon Go Plus & Pokeball Plus not working & connecting issue fixed with update 0.173.2 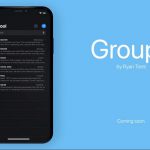