[Updated] T-Mobile Samsung Galaxy S10 One UI 2.1 update likely to roll out this week while Note 10 One UI 2.1 still under testing

Samsung has turned over a new leaf in recent times, especially when it comes to its software. Gone are the days when the company got a lot of backlash because of TouchWiz or Grace UI. Today, Samsung’s One UI offers one of the best Android experiences in the industry.

The current iteration, One UI 2 has been rather popular and has won the company many accolades from various quarters. The company hopes to continue the same streak with the launch of its updated version of One UI, One UI 2.1.

Samsung has since managed to roll out this new version of One UI 2.1 to many of its current flagships including the Galaxy Note 10 & Galaxy S10. However, as is the case with roll-out of updates on Android, the international devices tend to bag these updates much earlier than their carrier version counterparts.

That said, reports now indicate that the T-Mobile version of the Samsung Galaxy S10 might get updated to Samsung’s Android 10-based One UI 2.1 in the course of this week.

“I checked in to this earlier this morning – sounds like the T-Mobile GS10 family was approved at the end of last week and a phased rollout should start this week. ”

To recall, we recently saw a T-mobile employee state that the update would be out for the S10 and Note 10 on April 16, which obviously didn’t happen.

According to the T-Mobile Engineer, the One UI 2.1 update for the Samsung Galaxy S10 family of devices has already been approved and is awaiting deployment sometime this week. This is good news for all the S10 users who have been waiting for this update.

Concerning the other Samsung flagship, the Samsung Galaxy Note 10, the same engineer says that the update is still undergoing testing. As such, it might not be immediately available.

It is clear that T-Mobile is hot on the heels of Samsung, trying to push out updates just as fast as Samsung is making them available for other devices. All this is a welcome move from both parties seeing as just a few years ago, this update landscape looked vastly different.

NOTE: We have these and many more Samsung and T-Mobile stories in our dedicated sections. 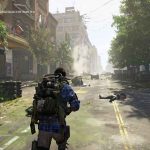 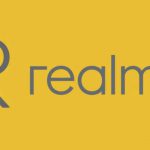