If you own an Honor 20 Lite (which is also known as Honor 10i) then there is a new update available for download. As in a recent development, Honor has pushed in EMUI 10 (Android 10) update for the Honor 20 Lite / Honor 10i.

Notably, its other kins i.e. the Honor 20 and Honor View 20 has already been served with the Magic UI 3.0 (Android 10) update a few days ago. In the camera department, you get a triple camera setup with a 24 MP primary shooter, and in the front, it sports a 32 MP selfie shooter. Honor 20 Lite also sports a read mounted fingerprint scanner at the back.

Coming back to the latest update for the Honor 20 Lite aka Honor 10i, the airborne update arrives with the version number V10.0.0169.

Moreover, other Honor devices including Honor 10i and were expected to get updated with the EMUI 10 (Android 10) in the coming month of March 2020. But it seems like that the update has been pushed soon for it.

The EMUI 10 update for the Honor 20 Lite is now live for devices in the UK. 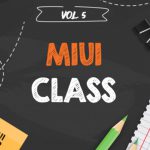