We have already seen the very early builds of Android 11 and attention is set to quickly shift from Android 10 and skins based on it like EMUI 10, OneUI 2, to that, the next build of Android.

A good number of devices have already been updated to Android 10 at this point, with a few more set to keep getting the update over the course of the next couple of months. Honor has also been able to roll out Android 10 to a number of its devices.

However, according to the company’s roadmap to Android 10 that was released back in 2019, there still is a chunk of Honor devices that despite being eligible for this update, haven’t been updated yet.

These, according to Honor UK, might be getting this update really soon.

EMUI 10 is being rolled out for Honor devices in March. We don’t have a completed list of every device that will receive the update, so please be patient and wait for it to be released.

The company says that it does not have a complete list of the devices that will get the update in March. Let us look at the Honor devices that are eligible for the EMUI 10 update.

Considering this was shown at the Honor V30 update event, it’s as official as it gets. The following devices will be updated to Android 10:

From the list, Honor 20, View 20, Honor 10 Lite, Honor 9X, Honor 10 and View 10, have recently gotten updates to Android 10-based EMUI 10. As this has been staged rollouts, we believe these are the devices that will get the update in March in the UK.

None of this is confirmed however so take all this with a pinch of salt. Honor UK might surprise everyone and roll out the update to all the remaining eligible devices in March, we don’t know.

We shall keep an eye on this story and update when Honor UK finally releases the list of devices it plans to update. Until then, you might want to stay tuned to our dedicated Honor section for that. 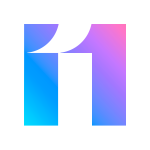