With the arrival of the latest Android 10 by Google in September, all the OEMs have geared up for updating their devices to the latest OS. Even users are also very eager to get their hands on the Android 10 OS due to offerings like system wide dark mode, Project Mainline and more.

Chinese OEM Huawei’s run this year has been quite shaky due to ban by the U.S. government. In turn, Google has stopped providing its services to Huawei. However, the recently launched Mate 30 series smartphones still run on the EMUI 10 based on Android 10.

Note that these devices do not use the Google services core which means that the Mate 30 series device do not come with any of the Google apps pre-installed. Rather, Huawei went ahead using the Huawei Services core.

Recently, Huawei had announced its update plan for the EMUI 10 based on Android 10, listing out all the devices and the time when they will receive the Android 10 update.

Cut to now, Honor smartphone brand, which is owned by Huawei, took to Weibo (Chinese Twitter) to announce the update plan for the EMUI 10 UI (Magic UI 3.0) based on Android 10 for its devices.

You can check out the EMUI 10 update plan shared by the official Honor Weibo handle:

The above list contains a total of 11 Honor devices. The first beta will start rolling in late October for the Honor 20, Honor V20 and Honor Magic 2 series. Interestingly, the open beta recruitment for the Honor 9X and 9X Pro will start at a later stage in mid-December.

For your convenience, here’s a translated version of the EMUI 10 update schedule on Honor phones: Since the updates will be rolled out via OTA, users who register themselves for the closed beta program will get the updates. It’ll be mandatory for beta users to give back feedback regarding issues or bugs while using the EMUI 10 beta so that improvement can be done in the stable version.

Are you excited for receiving the Android 10 based EMUI 10 on your Honor unit? Drop a comment and let us know. 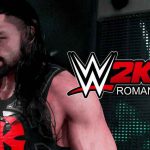 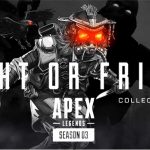