OnePlus recently unveiled the OnePlus 8 series that includes a standard and Pro variant. As usual, the Pro variant is more powerful and feature-packed than the standard model.

One of the standout features of the OnePlus 8 Pro is the inclusion of wireless charging. OnePlus fans had to go through years of waiting just to have this feature on the 2020 edition, but even so, it’s not perfect as many would have wanted.

If it’s going to take you years to design and actualize something, at least make it near perfect, if perfect is a big ask. This is what the many patient fans would expect in the newly launched OnePlus 30W wireless charger, but no, that’s not the case, at least on the design side of things.

Sure, the OnePlus Warp Charge 30W Wireless Charger delivers some of the fastest charging speeds you can expect on a wireless charger. However, Ars Technica’s Ron Amadeo isn’t exactly impressed by the design of the charger, where OnePlus has included a 3-foot non-detachable power cord.

This means you cannot use a different charging brick to power the wireless charger, instead, you must have space for it. Unfortunately, this means more cables in your space and it’s a much different approach to what the Xiaomi 30W wireless charger offers.

Unlike OnePlus, Xiaomi went with a detachable USB-C cable, meaning you can use one fast-charging brick to power the wireless charger and your phone, but not at the same time.

What makes Xiaomi’s 30W Wireless Charging Stand even more interesting is the inclusion of a fan to cool the charger whenever it gets hot during charging.

The 30W Fan-cooled Wireless Charging Stand sports an ergonomic design, allowing for optimal viewing and operating while charging wirelessly. It also features a vertical air duct design that allows the air outlet to blow directly to the phone to reduce obstructions, improve heat dissipation and reduce the dust trapped in the air duct.
Source

Given that this is the first attempt at making a wireless charger, OnePlus will get away with this one easily. But since this is an annoying design flaw, we are likely to see an improved version when the OnePlus 8T Pro comes around later this year.

Although Xiaomi’s approach addresses the design flaw on the OnePlus 30W wireless charger, getting the former means no 30W wireless charging speeds for your OnePlus 8 Pro – a feature that is only reserved for the proprietary charger. 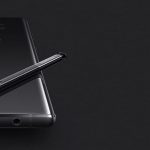