T-Mobile OnePlus 8 Pro 5G hopefuls left disappointed, but all is not lost

T-Mobile has made an official confirmation that the top-end OnePlus 8 Pro 5G variant will not be sold directly through any of the carrier’s official outlets in the U.S., online or offline.

The carrier became the first to officially carry OnePlus devices, beginning with the 6T back in 2018. But with the recent OnePlus 8 5G, things are changing, with Verizon also carrying the handset alongside T-Mobile.

The camera has a tri-lens setup made of a 48MP main shooter, a 16MP ultra-wide lens, and a 2MP macro lens while keeping it alive is a 4300mAh battery. Unlike the OnePlus 8 Pro 5G that also includes 30W wireless charging, the standard 8 only gets 30W fast wired charging.

Unfortunately, though, this souped-up variant will not be sold through T-Mobile. The carrier has confirmed on its website that only the OnePlus 8 5G will be available in its outlets. As for the OnePlus 8 Pro 5G, you can always grab one from the official OnePlus U.S. shop.

the OnePlus 8 Pro 5G is only available through OnePlus directly. However, the OnePlus 8 Pro 5G smartphone taps into T-Mobile’s low band 5G, the first and only nationwide 5G network, and can tap into the 2.5 GHz spectrum recently acquired from the Sprint merger, as it becomes available.

Matter of fact, T-Mobile says buying the 8 Pro 5G directly from OnePlus should get you a variant that is compatible with not only its low band 5G network, but also Sprint’s 2.5GHz spectrum.

But even with all these, this decision has evidently left many of those who hoped to grab one of these through the carrier quite disappointed as evidenced by this Reddit thread. This is especially since things like VoLTE/WiFi calling and roaming may not work properly on the non-T-Mobile variant.

But if you aren’t concerned about VoLTE, WiFi calling or even roaming networks, feel free to grab the Pro variant directly from OnePlus, get it connected to your T-Mobile account and you’re good to go. 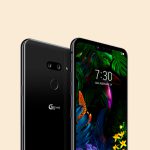 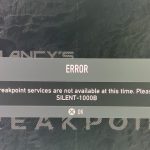