Samsung Galaxy Note 9 and Galaxy S9 owners have had it rough over the recent past. Before the Galaxy Note 10 and S10 started receiving the update to One UI 2.1 a few weeks ago, reports emerged that the 2018 duo will also receive the update.

After the 2019 Note and S series devices received their updates to One UI 2.1, things took a twist, with fresh reports claiming that the Galaxy Note 9 One UI 2.1 update was in doubt.

Although there was no mention of the Galaxy S9 and S9+, there was little doubt that the two would also be affected by this move. Samsung went ahead and pushed a huge April patch, but still based on One UI 2.0.

With doubts still surrounding the state of the Galaxy Note 9 One UI 2.1 update, concerned device owners have been asking for clarification from Samsung regarding if and when the software would be released for the device and the S9 duo

While Samsung hasn’t made an official statement regarding this, a moderator in the Samsung community (Korea) has come out to suggest that the Galaxy Note 9 will indeed receive the One UI 2.1 update.

However, the reason for the delay (in rolling out and making an official statement) is because Samsung is still checking the features to include in the Galaxy Note 9 One UI 2.1 update in order to maintain optimal performance.

Below is a loosely translated version of the above statement:

The One UI 2.1 update is a new application including the camera applied to the latest products such as the S20, and is not applied because it is judged that it is difficult to guarantee optimal performance in the Note 9 situation. However, we are doing our best to listen to the voice of customers more and make better products, and currently OneU12. I’m checking the features that can be added with One UI 2.1 and applying them. Please note that due to a careful review process to give a positive response, the response is late. We will do our best to prepare and provide stable software. Thank you.

In fact, it is alleged that Samsung may pick out select apps such as Keyboard, Quick Share, and Music Share to add One UI 2.1-related features, but the new camera features may be left out of the update.

Samsung’s One 2.1 update has been ported to a Galaxy Note 9. Head here for more details. 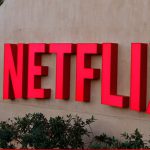 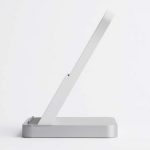