Xiaomi’s gaming smartphone lineup is handled by Black Shark. The smartphones on this brand usually come with flagship specifications and controls for gamers. As of now, Black Shark in collaboration with Xiaomi has about four models.

In October last year, the company commenced beta recruitment for JoyUI 11 testers. This latest Black Shark system will integrate all the core features of MIUI 11. However, as of March this year there was still no timeline for the launch of the MIUI 11-based JoyUI 11 global beta program.

Black Shark 2 and Black Shark 2 Pro joyUI11 is based on Android 10, it should come before the end of this month. So far BS2PRO supports Widevine L1 and the new coming devices will support is as well Unfortunately, the tweet only confirms Widevine L1 for Black Shark 2 Pro and the upcoming Black Shark smartphone. This suggests that the non-Pro variant i.e. the Black Shark 2 will not be getting this feature, at least not anytime soon. Sad, but that’s how it currently stands.

The Android 10 (JOY UI 11) update is now live for the Blackshark 2. Head here for more details. 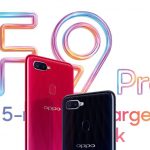