But the Lenovo owned company is trying its best to provide the users with the latest security as well as firmware updates, although it joined the Android 10 bandwagon late.

Because, if we go by the latest developments, the Android 10 kernel source code of two of Motorola’s Android One powered smartphones, i.e. the Motorola One Vision and One Action has recently gone live.

The specialty of Android One powered phones is that the devices are guaranteed two major OS upgrades and regular firmware updates. And looking at the past records of the Android 10 kernel source code going live, the stable Android 10 update might be right around the corner for Motorola One Vision and One Action.

Note that the Android 10 kernel source code is already live for the Motorola One Power, One hyper and the G7 Plus phones. This means that custom ROM developers and modders can now take the front seat and come up with modded apps and ROMs to enhance the features of the phone.

Moreover, if you are an interested developer, the Android 10 kernel source code for the Motorola One Vision and One Action has been published on the official Github page.

Not only this, but there is also some good news for the power users of Android, i.e. those who are into rooting, unlocking the bootloader, customizing their smartphones and stuff.

The TWRP official support is now available for the Realme X2, Realme XT and Xiaomi Mi Pad 4. And if you are interested in downloading the latest TWRP for the mentioned devices, then you can click the link below: 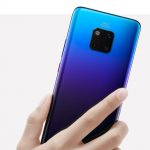 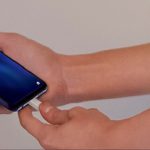